As I was still interning for exhibit design while "Turtle Travels" was in its conceptual phase, I was given the opportunity to create this interactive for the museum. The idea is based on actual animal crossings that are in place on various roads and highways in this country. Participants were able to move several animal figures (salmon, salamander, wolf, deer, turtle, etc) on tracks and try to determine which crossing would best suit it's size, habitat, and preferences. Hints were given under "road crossing" signs depicting each particular animal in silhouette. Based on my very unbiased opinion, it was the most popular interactive in the exhibit. 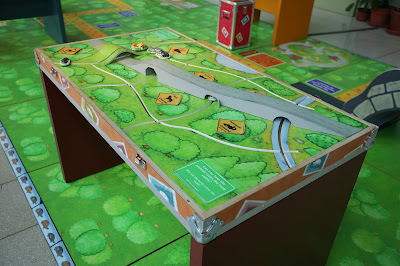 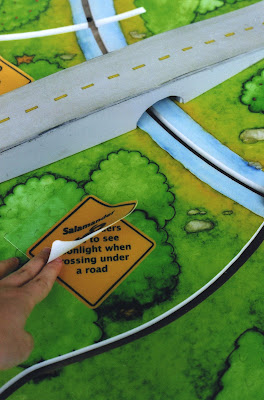